Home > PrEP > What You Should Know About HIV Encephalopathy (AIDS Dementia Complex)? 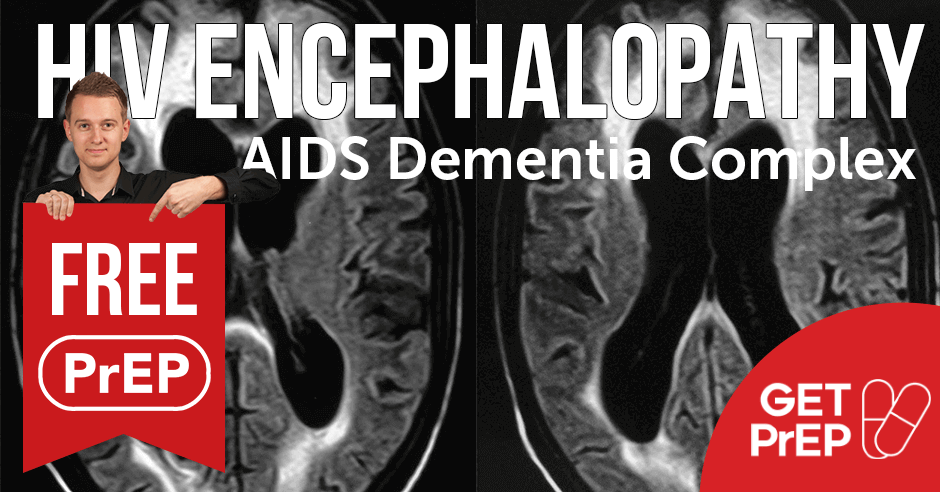 What You Should Know About HIV Encephalopathy (AIDS Dementia Complex)?

AIDS dementia complex — sounds frightening, doesn’t it? HIV-induced encephalopathy is a serious problem for many people who live with the human immunodeficiency virus. But this is not the reason to burst into tears, if you know what to do. We will tell you about an easy and affordable way to address this challenge.

HIV is a dangerous virus that affects the immune system in our bodies. When untreated, HIV can lead to irreversible consequences. The statistics are frightening, and the latest information given by UNAIDS is about 2017. As of then, there are more than 36 million people living with this disease, with 1.4 – 2.8 million newly infected patients yearly. Almost one million dies every year because of HIV-related illnesses. However, in recent years, scientists have invented a treatment for the virus.

HIV leads to AIDS — acquired immunodeficiency syndrome. Once entered the human body, it stays there for the person’s whole life, and cannot fully be cured. It attacks the immune system destroying the CD4 cells, also known as T-cells, thus reducing the number of our defenders. Progressing HIV makes the body unable to struggle against opportunistic infections, which are those that always tag along behind the weakened immunity, as well as infection-related cancers.

The virus came from chimpanzees, which while hunting came into contact with the infected blood, and it then first appeared and spread among African people. It came to the USA in the 1970s, and since then it has affected millions of people. Men who have sex with men are still in the biggest danger, as 66% of all sexual HIV transmissions happen within this group, and only 24% — through heterosexual contact. Injecting drugs also increases the risk of becoming HIV infected. The U.S. statistics look a little bit more optimistic, because this infection remains the disease of poor countries and small segments of population. However, we lost more than 15,000 Americans in 2015 because of HIV.

Nowadays, we still haven’t found the final cure to fully drive the virus out of the body. Meanwhile, we already know how to keep it under control. People with HIV can live a normal life, with proper medical care, of course. There are three stages of HIV disease: acute HIV infection, clinical latency, and AIDS. The first period starts when HIV virus enters the body, and it is characterized by influenza symptoms. During this period, people are very contagious, and the bad thing is that many don’t even know they are infected. The second stage, also known as HIV dormancy, doesn’t show special symptoms, and the latent period lasts for 10 or more years, while people with AIDS usually don’t live longer than three years.

What Is HIV Encephalopathy?

HIV, together with its last stage, AIDS, are the often cause of neurological complications. One of them is HIV encephalopathy, or the AIDS dementia complex (ADC), a malady that is directly related to the virus. The Encephalitis Society gives the following definition for this illness: it is a result or a long-term impact of the human immunodeficiency virus on the brain, and the damage caused by it. Doctors may diagnose AIDS immediately when they observe this illness, which is characterized by the degradation of memory, thinking, emotions, attention, and other cognitive functions. It also leads to the ailments of movements, and behavior dysfunctions.

ADC usually appears on the latest stages of AIDS, when the number of CD4 lymphocytes falls lower than 200 cells per microliter. A person gradually becomes clumsy and weak, loses mobility, and their mental processes become disrupted. 50% of positive patients had HIV encephalopathy symptoms prior to their death, before HAART, or highly active antiretroviral therapy, was discovered in the middle of the 1990s.

Currently, the total ADC disease prevalence among HIV+ patients in the Western world is about 37%. In addition, 30-40% of patients have milder forms of the disease. HAART helps to avoid progressive dementia, but there are chronic and fluctuating forms still widely found in HIV patients. In the USA at this time, 33% of people using ART have neurocognitive impairment with no symptoms, 12% have minor dysfunctions, and 2% have HIV-associated neurocognitive disorder (AIDS dementia complex).

Signs and Symptoms of HIV-Associated Dementia 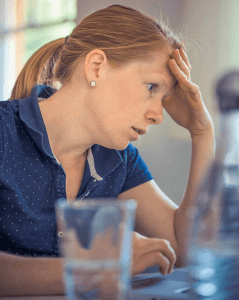 While the symptoms of HIV encephalopathy can differ from person to person, there are common signs that help us determine the ailment. At the first stage, it can be delicate and unnoticeable, but while progressing, the disease attacks intellectual, social, and motor skills. First symptoms in the early stages are:

In more severe forms, the illness is expressed in sleep disorder and psychosis, which are followed by extreme exaltation or anxiety, hyperactivity, reality contact loss, inappropriate reaction to surroundings, hallucinations, and seizures. When left untreated, those problems can worsen and lead to a vegetative state, when a person is unable to interact with the environment, take care of oneself, and understand what is happening around them. The total psycho emotional pressure on the family of HIV dementia patients is huge. Having a cognitive dysfunction and a mental disorder, those people can behave riskily by not following the regime of treatment. There are support groups where everyone can find help from those who were in this situation.

A high viral load and low quantity of T-cells is the reason for AIDS dementia in the advanced stages of HIV. ADC is not caused by the opportunistic infections, it is the result of human immunodeficiency virus influence itself. The pathophysiology of the disease looks like this: 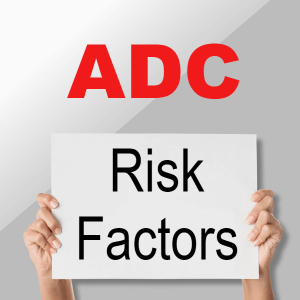 Among the risk factors are those that worsen the progression of illness, and of which we can name the following:

Acute illnesses, like pneumonia, or poor tolerance to medications do not make the situation better, either. As a rule, people without medical viral suppression have a high risk to end up with ADC. The interesting fact is that people who inject drugs are not in the group of those with a higher risk.

How to Diagnose This Disorder?

It’s really important to reveal the disease in its early stages. An HIV-infected person should regularly visit a doctor, and the signs of starting dementia can be determined by behavioral, motor, and cognitive symptoms. However, it is good to know that these signs and manifestations may stem from other maladies, for example, various infections, troubles with metabolism, Parkinson’s or Alzheimer’s diseases, stroke, brain cancer, etc.

We do not have any single test that can detect HIV encephalopathy in humans. Establishing this diagnosis is more based on the process of elimination, when the other causes of the disorder are excluded. The final conclusion must be made by an experienced specialist, based on patient’s medical records, the results of laboratory tests, an examination of the physical and mental status, scans of the brain, possibly rachicentesis, and the analysis of stage characteristics. We will talk about them a bit later. 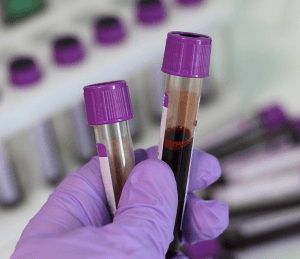 So, let us overview what can be done to determine the disease:

All these methods can give more or less a complete image of the disease’s progress, and help choose the right treatment.

This gradation is currently used mostly as a research instrument. There are five stages that determine the severity of the impairment:

Every healthcare specialist has to remember that although cases of acute ADC have become rarer over the years after the invention of HAART, mild symptoms still occur in people with HIV. About 30% of people with non-symptomatic HIV, and 50% of AIDS patients, have this disorder.

Prevention and Treatment of AIDS Dementia 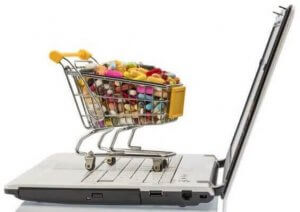 As well as HIV, AIDS-induced dementia cannot be cured. Yet, there are measures that help relieve its symptoms. It is better to use both preventative measures and medicamental treatment; first of all, we are talking about HAART.

The patient should stay physically and mentally active as long as possible. Daily physical exercises, social activity, solving puzzles, handicrafts, and meeting with relatives and friends will keep the mind and emotions on a proper level, and increase life expectancy and quality. Nutritional therapies are also useful. Specific symptoms related to neuropsychological problems, such as depression, anger, or delusions, can be treated with antidepressant drugs, of course, under professional control. Antiretroviral therapy protects people from developing the disease, and partly or completely mitigates the symptoms. There is no other prevention of the AIDS dementia complex. If you start treating the virus in the early stages, you’ll prevent most of the devastating consequences, and possibly reduce the dementia level from more than 50% to 10%.

So, do we really have to cure the illness only after it affects the brain, or can we do something to make our organisms resistant to the virus? Yes, we can! In our online pharmacy, BuyPrEPOnline, you will find remedies for pre-exposure HIV prophylaxis, which will help you live a happy life without a fear of AIDS.

These preparations do not let HIV replicate in the cells of the human body, thus preventing the infection. Even if you come into contact with an infected person, you will not have the illness. You can have a supply for half a year for only $299! Medicines in the local pharmacy are much more expensive, but they are not more effective! Our drugs are equivalent to those sold by prescription. And they have more benefits other than their low cost. You get a 10% discount for Bitcoin payments, and we’ll send you a gift with every package delivered — 10 dollars for your next purchase. Protect yourself with BuyPrEPOnline, live and love to the fullest!