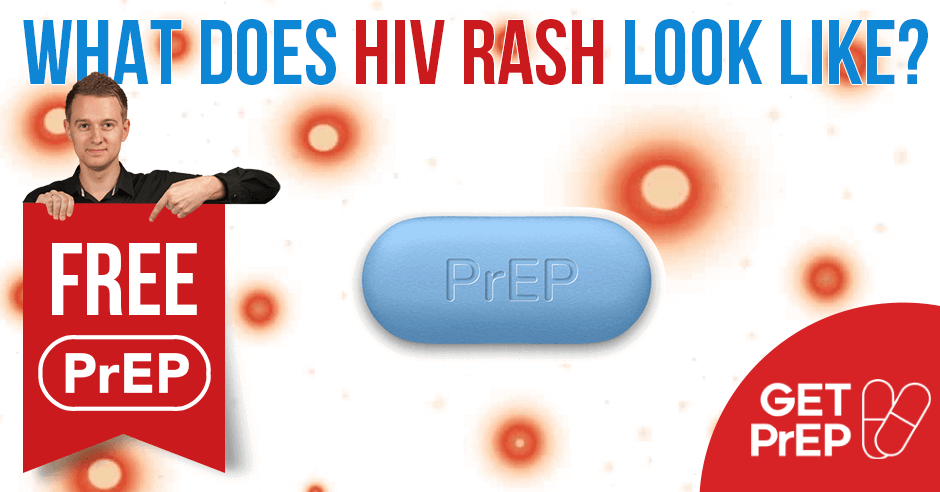 All Necessary Information About HIV Rash

Rash is a skin irritation, a typical body reaction to any disease, infection, or allergic condition. In addition, it can be an initial symptom of HIV. However, it is not sufficient evidence to state that someone has got this virus for sure. The most important thing is to know its peculiarities and to tell it from other possible skin issues.

The natural ability to combat infections is reduced, and such people are open to a great number of rash types and other skin problems.

There is no specific rash that determines HIV or is associated with this infection for sure. Even if a person develops some kind of rash, a blood test is compulsory to confirm that it is HIV.

The rash may occur at any stage of the disease, but typically, it happens within the first weeks after getting the virus. Compared vs normal rash, HIV rash is accompanied by flu-like symptoms (sore throat, fatigue, headaches, fever, etc.). Medical professionals call this process seroconversion. Within this period, the virus quickly multiplies, and the body starts producing antibodies to fight off the infection. People may have a burning feeling on their skin. The rash is red and flat and is usually spread on the back and chest. It tends to go away in 3 weeks or in a month.

Where Does It Appear?

A rash is one of the primary signs of acute HIV infection and may develop like a mononucleosis disease. Its features may look similar to any other viral infection. The exanthema can occur on any part of the body, but usually it affects the upper trunk. It is distributed on shoulders, torso, face, and head, and may involve feet and palms of the hands. The patient’s skin is covered with red bumps. The rash resolves in a couple of weeks.

This illness may cause mouth or palatal ulcers, as well. Some patients may have trouble in swallowing because of esophageal ulcers caused by the virus. 85% of patients who are HIV-positive experience a rash at some moment of their disease. This symptom is caused by a decrease in the amount of white blood cells in the body. There are a number of reasons why a rash appears during the illness:

A skin rash may also occur due to less dangerous facts, like allergic reactions. People in doubt should visit a physician and get tested, because the identification of the rash cause is of primary importance. The doctors will examine its location, symmetry, and distribution to determine the genuine cause of the rash outbreak.

Patients can develop a rash as an allergic reaction to HIV medication treatment, which includes antibiotics and antiretrovirals. Almost 90% of HIV-positive people experience some kind of skin issue, and drug hypersensitivity can be one of its causes. This adverse reaction to the pills is called “drug eruption.”

Therapists differentiate between three main classes of medicines, which are able to cause rash in patients:

The rash outbreak takes many forms. It can be maculopapular with red patches covered with small bumps, which exude. It appears on the trunk and then spreads to the neck and limbs.

The drug side effect is accompanied by swollen glands, fever, muscle aches, exhaustion, vomiting, stomach discomfort, nausea, swelling of the tongue or face, and breathing problems.

Typically, a rash is found in 1-2 weeks after patients have initiated their primary treatment, and it terminates in a couple of weeks if there are no complications. 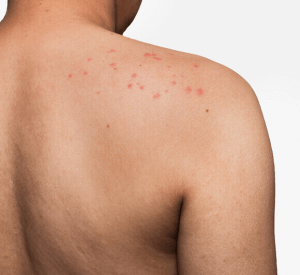 An allergy to HIV drugs may also trigger severe diseases, like Steven-Johnson syndrome or toxic epidermal necrolysis. They show up in the following symptoms:

Both illnesses affect a third of the body and should be immediately treated.

As the HIV infection goes on, the functioning of the immune system diminishes. Allergic reactions on the skin are a typical sign of a progressing illness. The rash severity varies for each individual. In some patients, it covers large body areas, others may have only minor spots. The rash is red and very itchy. This rash outbreak found after a recent viral infection is called acute retroviral syndrome.

The rash occurs on the upper part of the trunk, like shoulders, face, forehead, chest, forearms, and hands. It is accompanied by the symptoms of a regular flu and can be mistaken for some other ailment. Other symptoms include sore throat, fatigue, headaches, diarrhea, swollen lymph nodes and more.

All infected persons share similar symptoms, but female patients may have different HIV signs compared to men. Some women may also get menstrual pain, cramps, vaginal yeast infection, mood swings, loss of appetite, etc. Only blood tests are able to identify the virus.

After these symptoms have gone, HIV-positive people may not notice any other signs until later. It is important to get diagnosed in time and to begin immediate treatment if the diagnosis is confirmed.

HIV rash is not transmitted to other people and bears no risk of spreading the virus. 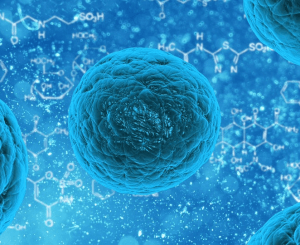 Weakened by HIV infection, the cells are not able to fight with other bacteria and viruses in a proper way. These invaders may cause specific types of rashes, which are difficult to treat. They include:

These infections bring more complications and are harder to cure in patients with HIV. It is necessary to begin therapy as soon as possible and include antiviral meds, pain relievers, and other treatment that will help to boost the immune system.

How Long Does It Last?

HIV rash is usually found in newly infected individuals several weeks after the virus is contracted. Its outlook depends on the kind of rash, general patient’s health, HIV drug use, and other factors.

There is no specific time frame for the rash to go away, as well as to determine the beginning and duration of the disease. As a rule, a rash tends to disappear on its own in 2-3 weeks.

Rashes usually come and go, but those that are related to chronic conditions (psoriasis, herpes, etc.), tend to progress without special treatment. As the immune system is getting weaker because of the virus, rashes may return (for example, cellulitis usually recurs). Patients who have had one kind of rash may get a different kind later.

How to Treat HIV Rash Properly? 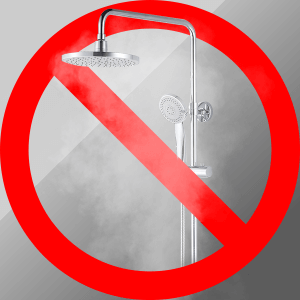 An ongoing rash can be significantly improved, and the symptoms can become less severe due to proper treatment and some lifestyle changes. Medication is the most common form of managing HIV rash.

Depending on the cause of the rash, health care providers usually prescribe oral antihistamines and topical steroid creams along with antiretroviral therapy. It helps to diminish rash and relieve pain and itching.

As an addition to symptomatic treatment, a few simple lifestyle changes will help to cope with rash outbreaks and lessen skin problems:

If people notice an unknown rash and have potential risks to contract the virus, they have to get immediately tested. They can order an online kit for testing or visit their GP.

HIV-negative people who have greater risks of getting the infection should take meds for pre-exposure prophylaxis (PrEP). These drugs don’t allow the virus to establish a permanent infection. In combination with condoms and other prevention therapies, PrEP is a great tool, which provides 92% protection.

By taking a pill every day, people can control their HIV status and have round-the-clock defense from being infected. Surf the website of BuyPrEPOnline to know the main characteristics of these drugs. Choose the appropriate tablets according to the given description and information from a great variety of medicines offered by this pharmacy.

These tablets can be taken by both men and women who have sex with new partners of unknown HIV status. The pills also relieve stress and anxiety associated with sex. Approved by the FDA and recommended by the WHO, PrEP medicines show great results and prevent the virus from spreading.