HIV is still a serious concern affecting millions of people globally. Even though there are several drugs to combat this virus, its best to understand how each drug functions – weighing its effectiveness and other factors for the right drug selection. This time we will compare Triumeq Vs Truvada and here is what we found.

Truvada is usually the first choice for HIV treatment and prevention – as PrEP. However, pharma has come up with other anti-HIV drug combinations that serve the same purpose – to treat HIV and restore your body’s immune system to normal even if these drugs can’t cure the virus.

Most of the highly effective drugs are just ripping us off. Millions of patients can’t fathom why the prices are so high. Usually, to most people, pricing is a factor when it comes to drug selection. 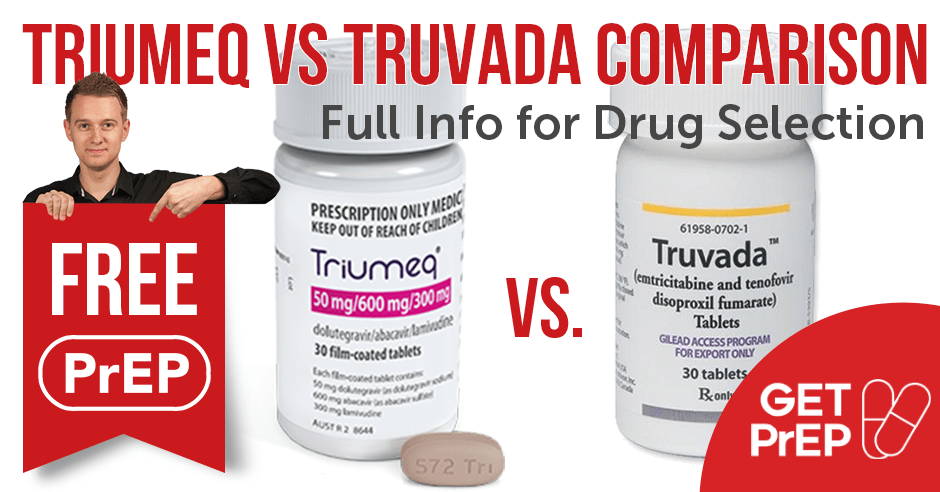 The good news is that there are several insurances and other medical initiatives that help cover the cost of these drugs, making it accessible to most people. But still, that’s not enough. To end this epidemic, drugs should be cost-effective so that millions of people can get their medication.

Triumeq is a new drug that’s highly competitive and one of the first choices as anti-HIV medication. Since it treats the same infection as Truvada, there must be a compliment.

For example, what makes one of the drugs unique from another? Here is how we compare and conclude if you have found an effective and well-tolerable anti-HIV drug between the two, but there is another option if you can’t afford your choice of brand medicine.

Truvada contains two active ingredients used to treat and prevent HIV-infection. Emtricitabine/tenofovir is recommended by the U.S. FDA for treating HIV in combination with other medicines. In 2012, it was discovered that Truvada could reduce the chances of getting HIV infection.

Truvada became the first WHO and FDA recommended drug to be used as PrEP for individuals who are at an increased rate of being infected with the virus. It doesn’t assure you 100% guaranteed prevention, but if used with other safer sex practices, there is a higher chance of protection against acquiring the virus.

Triumeq is the latest drug from Gilead Sciences prescribed for HIV/AIDS treatment. Triumeq is a complete, highly effective, fixed-dose anti-HIV regimen consisting of three medicines (active substances) – dolutegravir/lamivudine/abacavir – from different drug classes to effectively manage, treat, and suppress the virus in the body. It’s among the first choice of anti-HIV medicines recommended for treating and reducing the amount of virus in the body

Truvada is prescribed for use in two instances (1) for HIV treatment and (2) as PrEP – for HIV-1 prevention. Despite its higher prices, Truvada is among the first options recommended to be used as a prevention strategy against HIV-1 acquisition.

Either as PrEP or HIV treatment, Truvada is 1 tab daily pill taken with or without food. It’s highly recommended that you abide by the doctor’s prescription when using Truvada. Don’t use the medication before consulting with your medical specialist. Truvada can interact with the drugs you are using or with other illnesses that you may have.

What Is Triumeq Prescribed For?

Triumeq is a fixed-dose combination of three medicines with varying and complementary modes of action. It was approved by the U.S. FDA for treating HIV.

Triumeq is among the first choices of anti-HIV drugs due to its higher efficacy and tolerability. A drug with a three-drug combination can effectively fight the virus in the body, providing impressive results in suppressing viral load and increasing CD4 cell count. Administering the Triumeq medication helps patients live longer and healthier lives.

The active substance – abacavir, and lamivudine belong to a group of meds called NRTI or “nukes,” while dolutegravir (another Triumeq active ingredient) is an integrase inhibitor. These two groups of meds inhibit and actively combat the HIV in the body T-cells and prevent the virus from further infecting the red blood cells.

Does Truvada Work the Same Way As Triumeq? 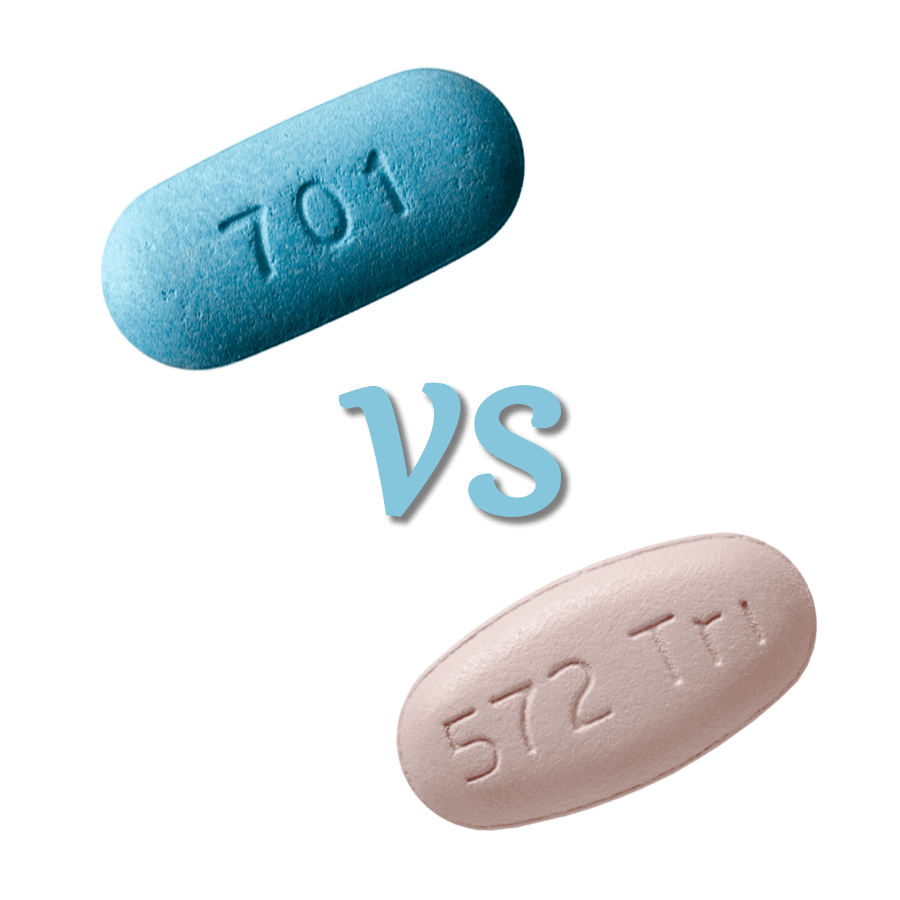 Both drugs are antiretroviral meds that have a slightly different mode of action in fighting the virus in the red blood cells. Truvada has two active substances – FTC/TDF, while Triumeq has completely different active substances – dolutegravir/lamivudine/abacavir, which serve the same purpose – to inhibit and suppress virus viral load.

Comparing the two drugs’ active substances, each has disadvantages and advantages. Of the most concerning is the effect on the kidneys, which is common in drugs with tenofovir. The active substances in Triumeq have fewer side effects and drug interactions, unlike Truvada. Since it does not contain a booster, Triumeq is an effective and safe antiretroviral regimen. This means it has fewer drug interactions as compared to drugs containing TDF/FTC like Truvada.

Truvada active substances (belonging to drug class – NRTIs) inhibit and alter the virus’s active process of infecting the CD4 cells and replicating. CD4 cells (also called T-cells or red blood cells) are the most important body substances that are essential to building the immune system.

When a person is healthy, their immune system is stronger. This is identified by looking at the CD4 cell count. When the virus enters your body, it targets these cells and uses it to make copies of itself. In the process, it weakens immune function, welcoming external infections to take advantage of it and cause diseases.

Truvada is made to intercept and limit the virus multiplication actions. It prevents the virus from further infecting the T-cells. The only setback is that it doesn’t treat the already infected cells. Even if the virus count is reduced, still, there are T-cells that are affected and can’t be fully treated. 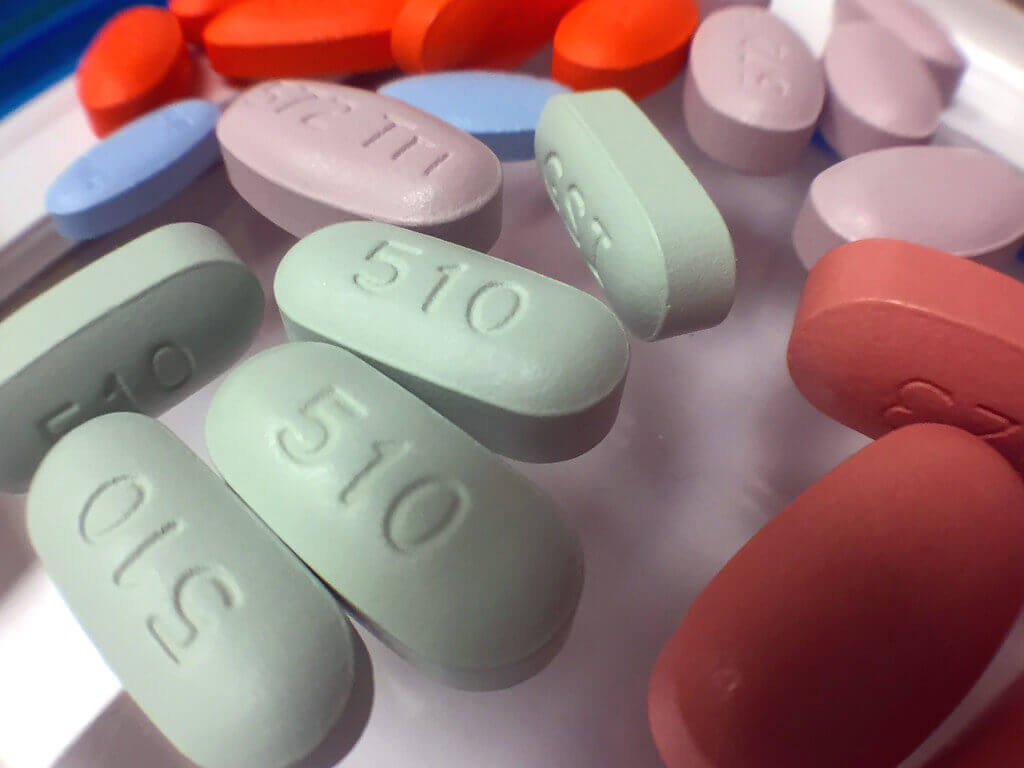 Just like how Truvada attacks the HIV virus, Triumeq has the same mode of action with an additional group of medicine (an antiretroviral drug) called integrase inhibitors (INIs) that work together with NRTIs to fight the virus in the body.

Lamivudine and abacavir are NRTIs or “nukes” while dolutegravir is an integrase inhibitor. INIs are designed to prevent or block the action of virus integrase. Integrase is a viral enzyme that integrates (or inserts) the HIV viral genome into the DNA of the T-cells (host cell).

Both NRTI and INI medicines target and inhibit the action of the virus enzyme from entering the CD4 cells and making copies of itself. Note that it does not alter or remove the already affected T-cells but simply prevents further damage.

When this action is accomplished, the virus becomes fewer in number over time and restores the body’s immune system back to normal if a patient consistently and effectively uses the medicine as advised by the medial specialist.

Triumeq is highly effective due to its two ways of fighting the virus and is highly tolerable with fewer side effects.

Truvada and Triumeq are both effective in treating HIV. Although Truvada is known for PrEP, it’s also among the top recommended drug to manage HIV/AIDS.

Here is a comprehensive table showing each drug comparison in various functions or performances. Both drugs nearly have the same effect but they may have varying tolerability.

As you can see from the table above, each drug has its advantages and disadvantages. We are not talking about design or drug form. We are talking about its effectiveness, tolerability, and possible adverse reactions. 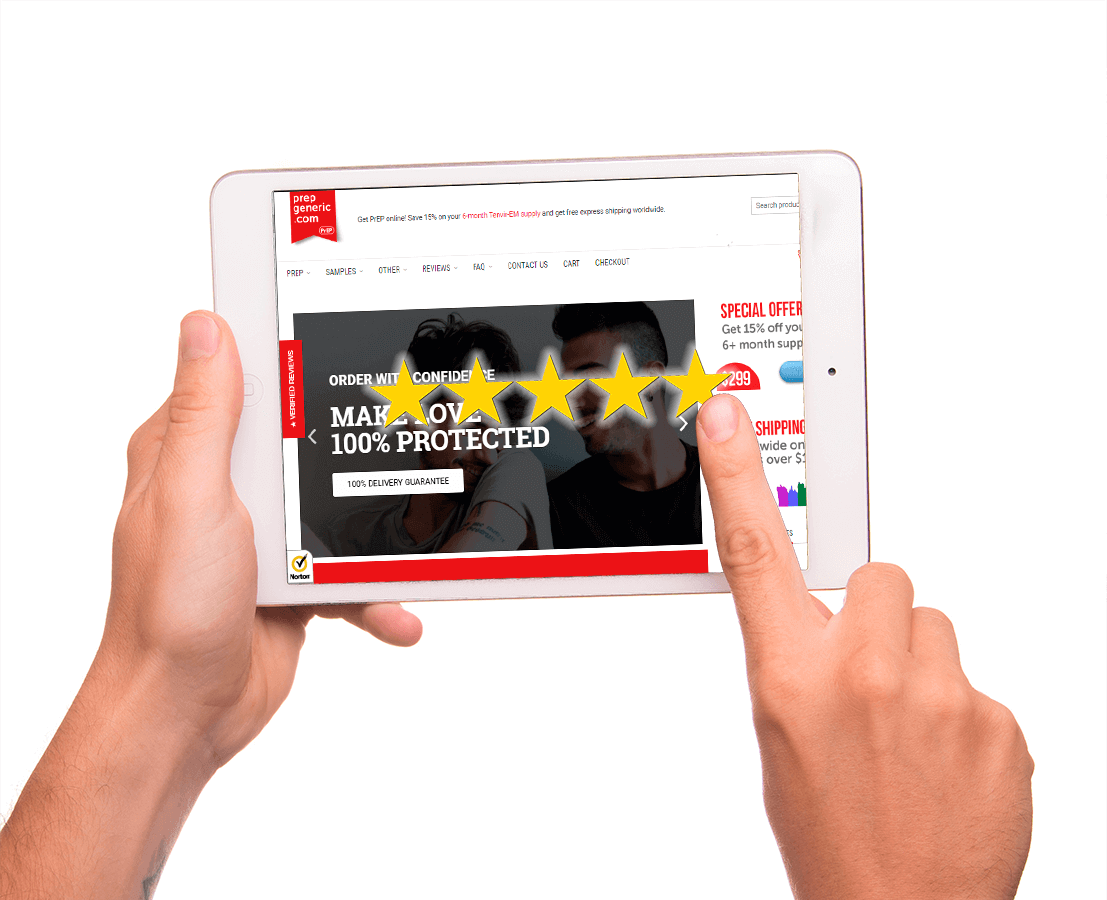 Among other factors, customers rely on reviews and testimonials when it comes to making a purchasing decision. Patients’ honest reviews say a lot about a particular drug.

As aforementioned, both Truvada and Triumeq have real positive and negative reviews based on their medication experiences with a particular drug. Both drugs are highly effective and tolerable although there is one that’s better than the other. Some reviews that are particularly negative should be considered twice – some patients may have an illness or drug interaction that causes a particular reaction. Reviews are individual and personalized opinions on the effectiveness and tolerability of a certain drug.

Nonetheless, if there are more positive testimonials, then the drug is likely well-tolerated. If there are more negative reviews, then that drug should be reconsidered before making a purchase. But there is no such thing as a bad drug if it has gone through FDA and WHO approval. That’s why understanding your health is paramount before administering any anti-HIV drugs.

So far, you might have a guess about which drug is best to treat HIV. If you need a highly effective medication for PrEP, then Truvada is your option. Although it’s very expensive, there are some insurances and healthcare initiatives that can help cover your cost.

As with HIV treatment, Triumeq is the first choice over Truvada. Why? Triumeq has three medicines that work differently (NRTIs + INIs) to effectively manage and treat HIV in the body. Truvada has only one mode of action to fight the virus.

Here is a table summary of the above-mentioned information: 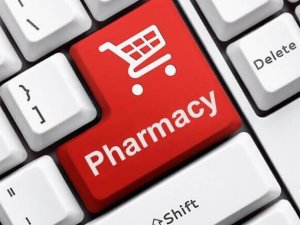 There are various medications to treat HIV or prevent the virus from entering your body (as PrEP). Truvada and Triumeq are proven and reliable, but branded drugs are not the only ones that solve this condition. There are tens of generics that have the same drug composition and effectiveness but are available for sale with extremely lower prices.

Generic medications are cost-effective, helping millions of HIV infected individuals and those who are at higher risk to protect themselves against being infected with the virus.

They are easily available OTC without a prescription although a doctor’s recommendation is very important. It’s necessary to check your health before starting any of the medicines.

At the BuyPrEPOnline pharmacy, you get exclusive benefits apart from cheaper drugs. We have tailored experiences that help you save more when you checkout. We always surprise our customers with coupons/discounts, and we cover the cost of shipping with our super-fast delivery.

What drug do you need? You can easily find a wide range of products for HIV treatment such as Viraday, Instgra, Tafero-EM, Trustiva, Teevir, and a lot more. If you are prescribed drugs for pre-exposure prophylaxis, we have FDA-approved generics including Ricovir-EM, Tavin-EM, Tenof-EM, and Tenvir-EM, among others.

Take action now. Take advantage of our highly secure website to ensure your payment option is protected. Customers who checkout with bitcoin enjoy an exclusive benefit – 35% off their total product cost. That’s yet another big save!