Differences and Similarities: Stribild Vs Truvada

Both medicines are highly effective and well-tolerated. Approved by the FDA and WHO, Stribild and Truvada are ripping off millions of people who need to prevent or treat HIV/AIDS. But what are these drugs used for? What’s their difference? Here are the facts.

Branded medications take time and a lot of resources to produce. There are other factors that make the prices of these drugs higher. The lowest prices of Stribild cost around $3,217 and Truvada approx. $1,748. Both drugs are very effective in treating HIV-1 infection. 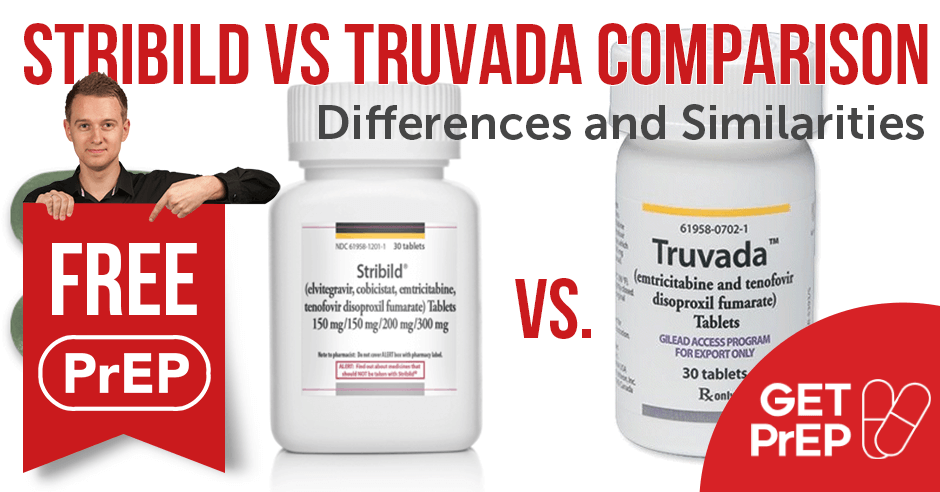 Why are there several drugs that treat the same health condition? What makes them unique from other medicines? Let’s have a look at Stribild vs Truvada, comparing their usage characteristics, modes of action, side effects, as well as their generics.

HIV/AIDS has no cure. Once the virus enters your body, it begins to replicate rapidly. At the present time, there are several medications used to combat the HIV virus – available for sale as generics and original versions.

HIV-1 is not a disease. It’s a virus that attacks the body’s immune function giving other opportunistic infections the chance to take advantage of the weaker immune function and cause illnesses.

Anti-HIV medicines are designed to suppress the viral load, limiting the virus’s rapid multiplication and reducing it in number. Stribild and Truvada both do the same thing but in different modes. Let’s understand each drug’s main usage and prescription.

Truvada is a medicine from Gilead Sciences which was recommended in 2004 by the FDA as an NRTI for treating HIV-1.

Truvada contains 2 active medicines – emtricitabine plus tenofovir. They are approved drugs mostly prescribed for patients living with HIV. The purpose of these active ingredients is to inhibit the virus’s mode of action by limiting or preventing its replication process.

Consistent use of Truvada makes the viral load fewer in number in your blood. On the other hand, your immune system returns back to a normal count and becomes stronger in fighting the external infections, making you stay healthy and strong.

Truvada has another usage – as a PrEP strategy alongside practicing safer sex. Truvada for PrEP is a daily tablet that’s highly effective in reducing your chance of getting HIV. It’s even more effective in protecting you when combining this medication with safe sex practices like condoms.

What Is Stribild Prescribed For?

Stribild (or Quad pill) is produced by Gilead Sciences. Stribild is a fixed-dose (or single-tablet) combination medicine recommended by the U.S. FDA for combating HIV/AIDS.

Stribild is very effective at lower doses as it contains different medicines (elvitegravir/emtricitabine/cobicistat/tenofovir) in 1 pill used to medicate HIV-1 infection.

These medicines have different modes of action that work together to suppress the viral load in the blood. Elvitegravir is an integrase inhibitor. TDF/FTC is an NRTI. Cobicistat is an effective drug called a pharmacokinetic enhancer – used to boost the effectiveness of the integrase inhibitor – elvitegravir.

Does Truvada Work the Same Way As Stribild?

Since Truvada and Stribild are both prescribed as HIV/AIDS drugs, they have the same purpose – to suppress the viral load in the blood and boost the immune system, giving the virus-infected patient a healthy and longer life.

When there is more concentration of Truvada or Stribild in the body, the chance of HIV virus replicating is minimal. Both drugs don’t cure HIV. Although they kill the new virus from infecting the T-cells, the already infected cells can’t be cured with the use of these drugs.

Here is a difference between the two anti-HIV drug mechanism/mode of action. 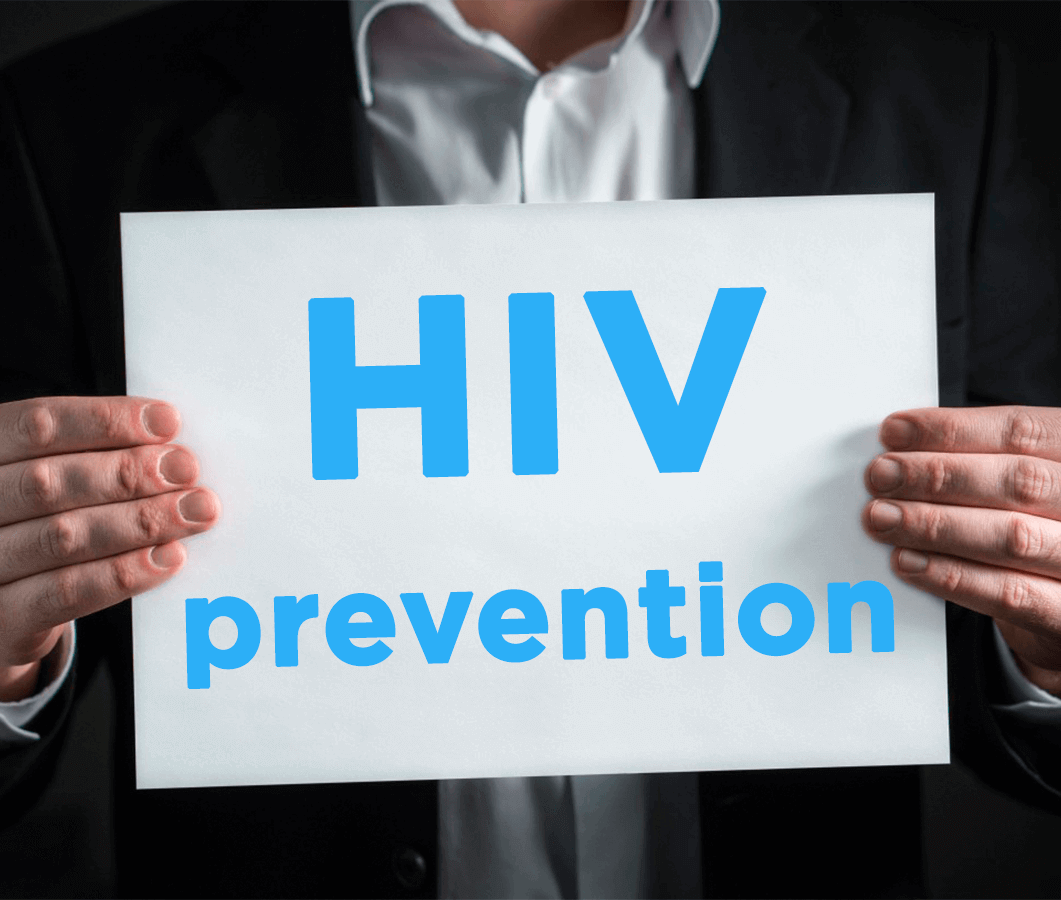 Two NRTI meds – emtricitabine + tenofovir effectively interfere with an enzyme known as reverse transcriptase that exists in the HIV virus. This enzyme is attached to and used by the HIV-infected cells to spread (or replicate) and gain in number.

While in the red blood cells or T-cells, the virus has a mechanism to rapidly replicate itself to affect more cells. The more they affect T-cells, the more the body’s immune system is weakened. When the immune function becomes weaker, more opportunistic infections can enter the body and cause diseases. Since Truvada’s mode of action is to reduce the activity of reverse transcriptase, it causes HIV-infected cells to slow down their action of making more copies (or producing new HIV viruses).

Truvada for PrEP is designed to early intercept the virus that may enter your body and kills it before infecting the red blood cells. Note that when used as PrEP, it doesn’t protect you from other sexually transmitted infections.

This medication is prescribed for treating HIV. Although it’s very expensive, it’s the first drug to be recommended for managing and treating HIV/AIDS.

Stribild is special in how it integrates itself into the virus mechanism of action due to its 4 medicines that work together to combat the virus in the red blood cells.

Its mechanism of action is to inhibit two HIV-1 enzymes – integrase and reverse transcriptase. This strategy effectively keeps the virus from replicating and makes your immune functions stronger.

Elvitegravir acts as an integrase inhibitor which blocks the virus enzyme called integrase. On the other hand, emtricitabine and tenofovir are NRTIs which block the virus enzyme – reverse transcriptase. By blocking these two enzymes, the drugs have become highly effective in preventing the virus from multiplying.

The more the drug fights HIV replication, the lower the viral count, but it won’t disappear from the already infected T-cells. Although there is still an HIV virus in the body, your immune system still builds up and becomes stronger. When the immune system becomes strong, it can effectively combat any opportunistic external infections to help you live a longer, happier, and healthier life.

Both drugs are highly effective in treating HIV. Due to different ways in how they fight the virus, there are some variations that may differentiate the drug from one another.

Here is a comprehensive table for Stribild vs Truvada showing the drugs’ similarities and differences. In the end, we make conclusive remarks based on the drugs’ pros and cons.

This free ovulation test and period calculator accurately shows you the most likely to conceive days of the month. 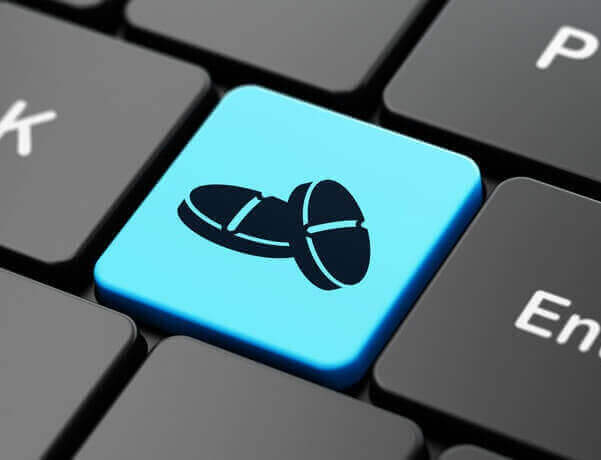 Branded Stribild and Truvada are highly effective in HIV treatment. Although their prices are extremely high and not affordable without a prescription, they can be made available through insurance or other programs that cover their higher costs.

Original medications are usually the first choice for treatment. But when prices are the main determinant, millions of patients with low incomes are locked outside without proper medication.

With the availability of approved alternatives to Stribild and Truvada, the cost of acquiring drugs is no longer a problem. These alternative meds have the same active ingredients as the original meds but they are available at more than 90% cheaper prices as compared to the original drug’s cost.

Why buy very expensive HIV drugs when there are FDA-approved generics that serve the same purpose?

Generics for HIV prevention and treatment are sold OTC without a doctor’s prescription. You have to take care to watch for fake drugs that may be sold online. Taking fake, unapproved drugs may extremely harm your health. You have to find a trustworthy and highly rated drugstore that sells these medications – such as BuyPrEPOnline online pharmacy store.

At BuyPrEPOnline, we are highly rated and trusted online suppliers of PrEP and anti-HIV drugs at an extremely cheap price. We are undisputed when it comes to the lowest HIV price.

What’s more? Checking out from our store has a lot of benefits. We have coupons and offers and discounts from time to time. Apart from cheap prices, we have free super-fast delivery. Not only that, you can find a wide range of products for HIV treatment e.g. Viraday, Instgra, Tafero-EM, Trustiva, Teevir, etc. as well as for pre-exposure prophylaxis including Ricovir-EM, Tavin-EM, Tenof-EM, Tenvir-EM.