With the introduction of several anti-HIV medications, it’s very challenging to find the right drug to fight the HIV virus. Some drugs are effective but extremely costly, some may cause severe adverse effects while others are much cheaper but have the same drug composition as those that are expensive. You have heard of Atripla, Truvada, and other cost-effective generics. Which is better? Let’s find out.

HIV treatment involves a lot of considerations. Like any other disease, before administering any medication, it’s very important that your doctor assess your health for any sign of threat that may arise if you use a particular drug.

The second factor is the drug’s effectiveness and tolerability. Confirming the likely side effects and weighing the drug’s active substances in fighting infection is necessary. But, it is very important to understand your health before taking any medicine. 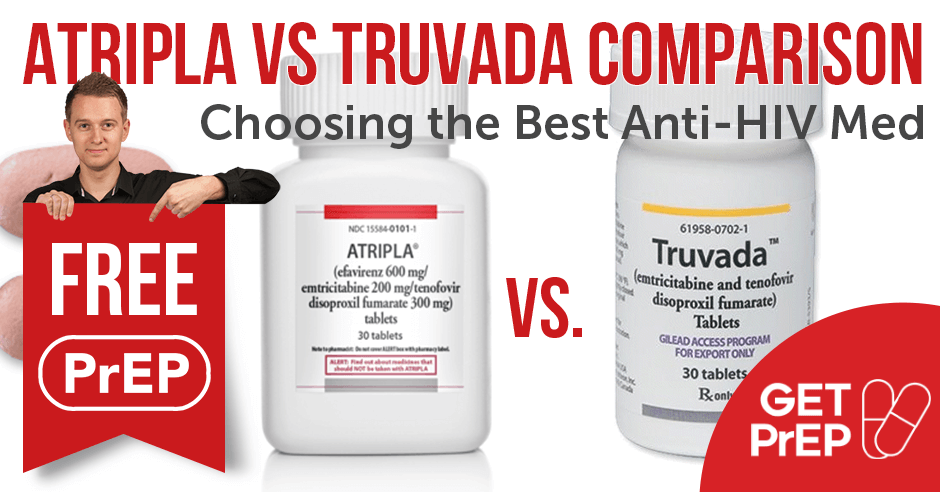 Both Atripla and Truvada are high-quality and recommended anti-HIV drugs. While both meds serve the same purpose, a certain drug may be more effective or tolerable than the other, but both have higher prices.

To most patients, generic anti-HIV meds are their go-to solution. While we will cover this later, let’s look at the big picture: Atripla vs. Truvada.

As scientists head on finding the ultimate solution to cure the HIV virus, they have discovered highly effective remedies that can prevent fight the virus from multiplying in the body or prevent getting it in the first place.

Truvada involves the use of medicines that have the capability to effectively prevent the virus from entering your body when an individual engages in unsafe sex or is at a higher risk of HIV exposure. This phenomenon is called pre-exposure prophylaxis (or PrEP).

Once the virus enters your body, it attacks the body’s immune cells (CD4 cells or T-cells) and begins to make copies of itself. This is irreversible but can be managed by using anti-HIV drugs. Both Truvada and Atripla effectively treat the virus and make your immune function strong – giving you the ability to live healthier and longer, even with the virus.

Truvada is among the first choices of recommended drugs for preventing (as PrEP) and treating HIV/AIDS. It’s the most effective and tolerable drug, but available at a higher cost.

Truvada is designed with two active substances (emtricitabine and tenofovir) that effectively prevent the virus from entering your body (as PrEP) or from attacking the red blood cells through its replication action.

These active ingredients (HIV drugs) are two medicines that are combined in one pill to assist each other in fighting the virus. It belongs to the drug class NRTIs.

As PrEP, Truvada is used as a single dose, one pill daily, used alongside other recommended practices of safe sex like using a condom for maximum protection. Note that it doesn’t protect you from STIs.

What Is Atripla Prescribed For?

Atripla is an anti-HIV drug manufactured by Gilead Sciences. It contains three medicines – efavirenz, tenofovir, and emtricitabine antiviral medication that work together to effectively combat the HIV virus in the body.

Emtricitabine and tenofovir disoproxil belong to a class of drugs called NRTIs while efavirenz is an NNRTI. This makes the drug highly effective in inhibiting and attacking the virus since each of these drug classes works against the virus using a different approach (see the mode of action of this drug below).

Taken one tablet a day with or without meals. It’s preferable to take it in a dry state at least one hour before meals to decrease some side effects that may arise, such as drowsiness.

Does Truvada Work the Same Way As Atripla? 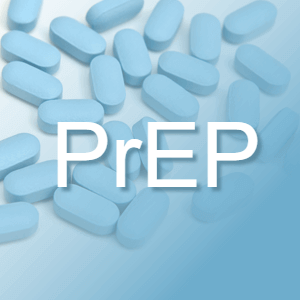 While Truvada inhibits the virus-cell as an NRTIs, Atripla has a more complex approach in inhibiting the virus-cell using two different approach – as NRTIs and an NNRTI.

With the right formulation and virus targeting, both approaches accomplish the same function by fighting and preventing the virus from spreading in the body. It may seem that Atripla accomplishes more compared to Truvada. Nonetheless, both drugs are effective and give higher performance in fighting the virus and increasing CD4 cell count.

Let’s see how each drug functions in fighting the virus.

Truvada’s active substance targets the virus by interfering with an enzyme known as reverse transcriptase. This enzyme is primarily used by the HIV-infected cells to produce new viruses.

Truvada inhibits these enzymes and reduces its primary activity, causing HIV-infected cells to stop making new viruses. Anti-HIV drugs do not completely wipe out the virus in the body. Once the white blood cell (or CD4 cell) is infected, the drug slows its replication process but does not completely kill the virus inside the cell.

In this approach, note that the CD4 cell or T-cell is primarily relied upon by the immune function. Once these cells are infected by the virus, they do not effectively carry their normal duties but are used by the virus to enrich itself. The more CD4 cells affected, the weaker the body’s immune system. Once Truvada inhibits these cells, it begins to increase in number, thus restoring your immune function. The end result? A stronger and healthier life. 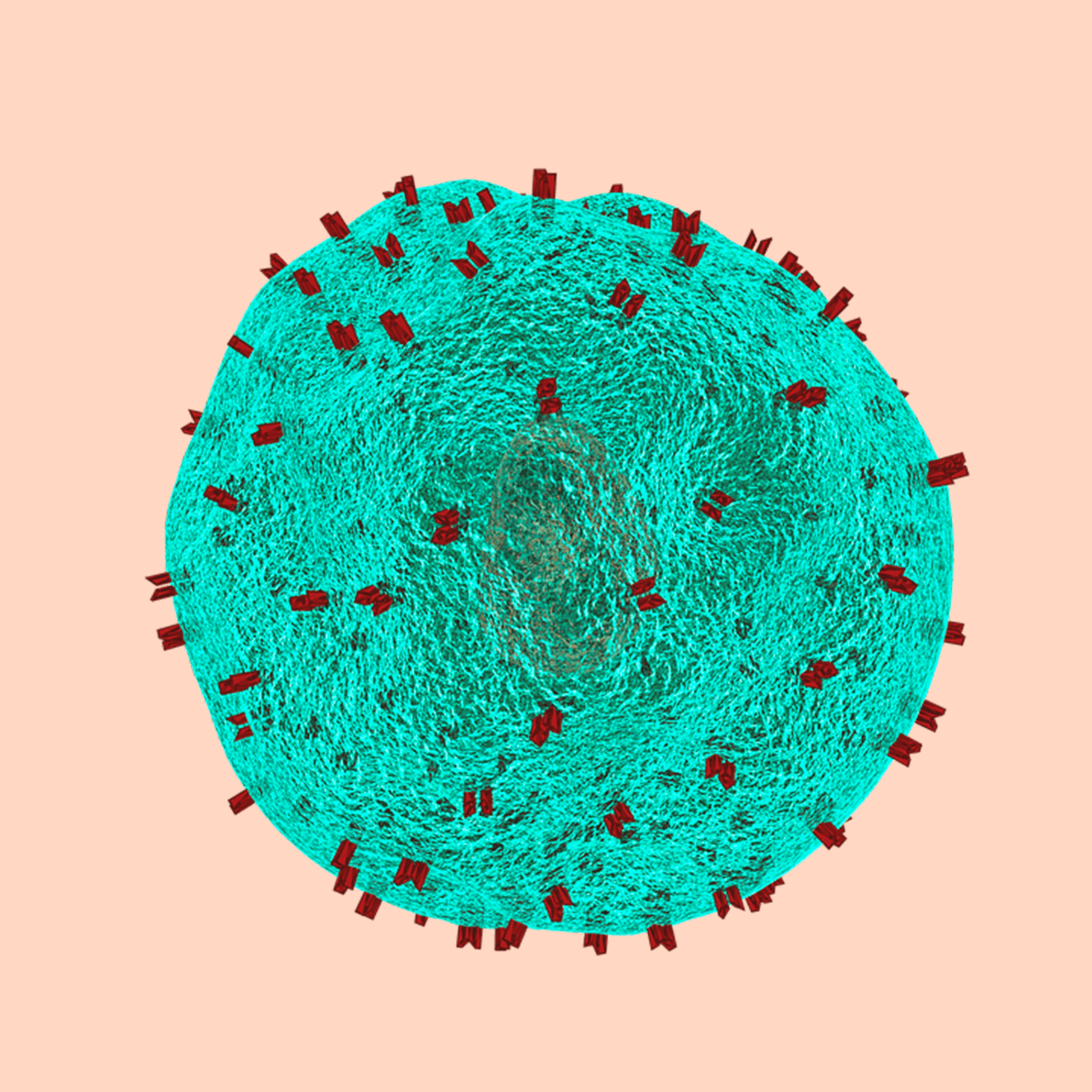 In the same way as Truvada, Atripla has its own method of inhibiting and slowing or stopping the virus from making more copies of itself. Atripla consists of two drug classes, each with a target purpose.

The result? CD4 cells take advantage of this enzyme (being inhibited by Atripla) and begin to resume making more copies of T-cells. When the virus is suppressed, its viral load is completely reduced. On the other hand, CD4+ cells are increased in number, resulting in a stronger immune function.

Anti-HIV treatment keeps the virus under control and consistent use of medication ensures that you keep the CD4 count higher and lead a stronger, healthier and longer life.

Even though the two drugs accomplish the same task, there is a lot that can be said about both drugs, from their similarities, differences, pros, cons and a lot more.

This comparison table will help you find a drug that can give you the ultimate tolerability with fewer side effects that can be manageable. It’s important to note that adverse reactions may occur as a result of your health. You don’t get these effects if you are in good health.

It’s always necessary to consult with a doctor and let him/her assess your health. Don’t forget to let them know of the other medicines you take. All of them – be it OTC, prescription, herbal remedies or recreational drugs.

This free ovulation test and period calculator accurately shows you the most likely to conceive days of the month.

Drug tolerability is primarily based on individual health and drug administration. If a patient is in good health without major illnesses or using drugs that can interact with Truvada or Atripla, drug tolerability can be higher.

Contrarily, if you administer these drugs without first understanding your health through a doctor’s consultation to assess your health for possible interactions, then Truvada or Atripla can cause adverse reactions affecting the tolerability and safe dosage.

From looks, based on drug interactions and possible adverse reactions, Truvada can more tolerable compared to Atripla. But, if your health is good, Atripla can be the best drug to medicate HIV. 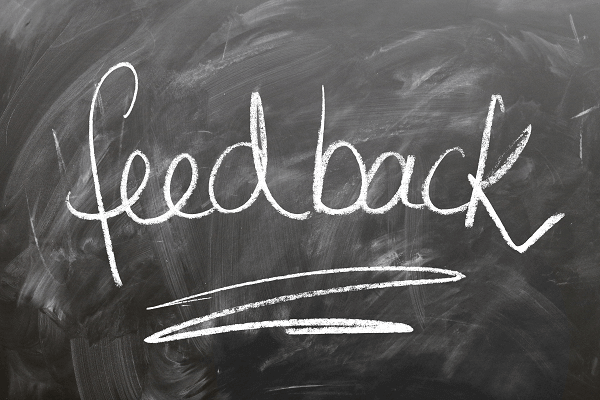 Patient reviews shed light on a particular medicine. When there are more positive reviews, it shows that the drug can be very effective and tolerable to most people. The opposite applies to more negative feedback.

It’s important to note that a patient review is a personalized view of how a particular drug responds to that person. But more reviews with the same experience gives a final but generalized outlook of a particular drug.

Truvada is favorable and among the first choices recommended for both PrEP and HIV/AIDS treatment. This also applies to Atripla for HIV medication.

Atripla scores a rate of 8.9/10 on its efficacy and tolerability. Truvada scores 4.5 from the same perspective. These two drugs go hand-in-hand together. The only difference is when you have some illnesses that can change which drug to best treat your condition.

Although both drugs come with a higher price tag, Truvada is somehow favorable at a slightly lower price.

Looking for the best drug? What are your criteria? Maybe you are looking for the most effective anti-HIV or PrEP drug that is cheap. Both drugs are extremely expensive. Nonetheless, here is how we summarize the above-mentioned information to give you a conclusive outlook as to the right medicine: 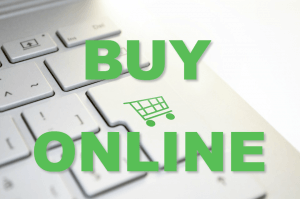 Much has been written about Truvada and Atripla. They have high efficacy and tolerability, making them top preferred choices for treating HIV. But their prices are ripping off the pockets of millions of people who strive to afford these medications.

But there is a path to overcome this. With approved, high-quality and effective generic counterparts to these medications, you get the same drug at an extremely cheap price.

It’s more than 90% cheaper compared to the cost of the original Truvada and Atripla. Generics contains exactly the same active ingredients as the brand-name version.

Moreover, since there are several generics of these drugs, it’s likely that there might be fake generic versions, too. Make sure you order your medications from the drugstore or supplier you trust. At BuyPrEPOnline, we sell quality anti-HIV and PrEP drugs that are FDA approved.

Our drugstore sells generic versions of Truvada and Atripla at a substantially cheaper cost. You get these cost-effective drugs from less than two dollars if you order in bulk. We also have exclusive coupons, discounts, and offers that you can grab and use to cut the cost of these meds. Interestingly, we give you 10% off your total cost if you checkout from our secure site with the Bitcoin payment option.

That’s not all, we give you super-fast free delivery for orders costing more than $80 that usually have a $29 shipping fee. That’s impressive. Take action, enjoy and experience our great offers when you shop with us. Order more, save more.